These Meds May Be Causing Your ED

ED can be a side effect of many common drugs, such as blood pressure medications and antidepressants. 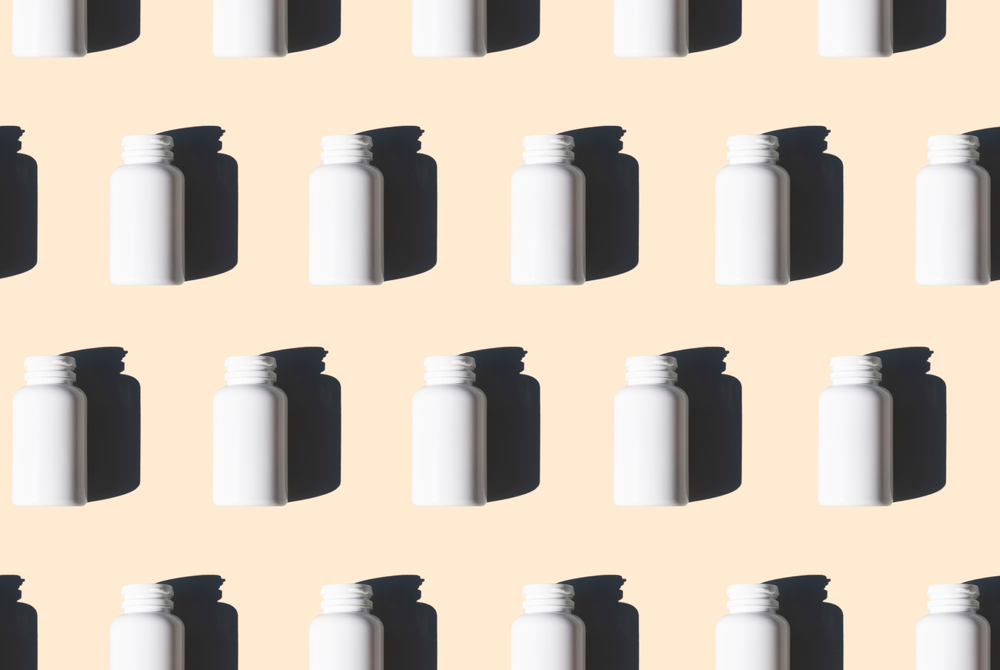 If you've ever had trouble with performance in the bedroom—like getting or maintaining an erection—you're not alone. Erectile dysfunction (ED) affects more than one in three men in the U.S., and the prevalence increases with age. What may come as a surprise is that ED can actually be caused by medications, and not by an underlying physical problem. Here’s a rundown of the science behind ED and the major classes of drugs that can interfere with your sex life.

There are many things that can contribute to erectile dysfunction, including physical conditions (such as radiation therapy for prostate cancer, cardiovascular conditions, or injury to the area), psychological factors like anxiety and depression, and certain health conditions.

Research has shown that taking some prescription and over-the-counter medications can also cause erectile dysfunction, and could be the primary cause in up to 25% of all ED cases. Below are some of the most common medications that could upset this delicate system.

Used to treat hypertension by flushing salt and excess fluid out of the body, diuretics can also relax and widen the walls of blood vessels so blood flows more easily. However, these drugs also decrease forceful blood flow to the penis, which makes it harder to get an erection.

These drugs lower blood pressure by blocking nervous system receptors, particularly epinephrine, which constricts blood vessels and causes blood pumping to become more forceful. Although it's not known exactly why, doctors think beta-blockers could also interfere with the part of the nervous system that’s responsible for erections.

Selective serotonin reuptake inhibitors (SSRIs) are antidepressants that prevent the absorption of serotonin in the central nervous system, and researchers hypothesize that the increase in serotonin could affect other hormones and neurotransmitters, including testosterone and dopamine, which play a role in sexual arousal and orgasm.

Histamines can trigger an allergic reaction in the body, but they have also been shown to play a role in healthy erections, so blocking histamines with over-the-counter medications could lead to ED.

Cancer treatments can lead to erectile dysfunction in many ways, including nerve damage from tumors, surgery, or radiation therapy. Chemotherapy drugs can also slow down the production of testosterone or permanently damage nerves that control erections, and medications taken to control nausea can also impact hormonal balance.

In 2016 the FDA issued a warning about the potential risks of long-term opioid use and impotence was one condition linked to these drugs. The warning is from a review of studies that do not necessarily determine the cause, and cannot say whether the opiate painkillers actually cause impotence.

What You Can Do

If you experience frequent erectile dysfunction while taking any of the medications listed above, talk to your doctor to see if they may be contributing to your ED. They can help you determine a safe way to improve your sexual performance without negatively affecting your other health conditions. Remember: It's never a good idea to stop, start, or change your medication without consulting a doctor.

If you and your doctor decide you might benefit from taking an ED med such as sildenafil (generic Viagra) or tadalafil (generic Cialis), be sure to check Blink Health to see if you can get your prescription or refill for less (we’ll even deliver to your home for free.)

· · ·
Tags:
Read More
High Blood Pressure Can Cause ED—Here’s How

Hypertension causes damage to your arteries that can restrict blood flow all over, including down there. Here’s how to fix it, plus the lowdown on whether it’s safe to take high blood pressure medication and ED pills at the same time.

Sexual dysfunction doesn’t have to be a forever diagnosis. These smart steps can boost your performance in the bedroom while also improving your overall health.

Plus, learn how generic options compare to their brand-name counterparts.